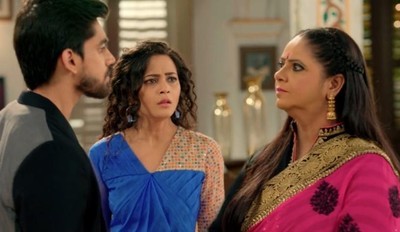 As Abeer and Mishti does not want to bother any outsider for their child, Meenakshi asks Kunal to request Kuhu turn Abeer Mishti's surrogate mother.

However Kunal cannot refuse to Meenakshi as she took care of him.

This is payback time for Kunal where he and Kuhu can only satisfy Meenakshi Abeer and Mishti.

Will Kuhu agree for surrogacy?

Let’s wait and watch for the upcoming twist.