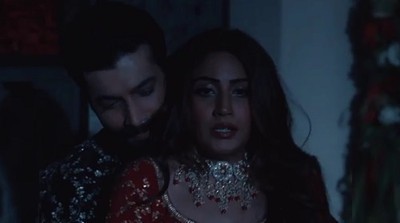 Popular supernatural show Naagin 5 is seeing lots of twists and turns in the storyline in Veer and Bani’s life.

Veer and Bani have a ferocious face-off when Bani mourns for her Jai’s death.

Before Bani could overcome the trauma of losing Jai and her everything, Veer comes alive shocking Bani.

Bani is stumbled to see Veer alive, whom she just killed and is lying dead before her eyes.

Bani’s eyes go wide when Veer confronts her for killing his twin brother, who was innocent.

Bani is now regretting feels guilty of what all she did and how she killed Veer’s twin brother.

Now Veer will take advantage of Bani’s guilt by forcefully making her marry him.

Veer is opportunistic seeing his twin brother dead that now he also goes revengeful against Bani.

This is going to be highly intensified to watch how Veer is going to bring a hard time for Bani and how Bani will face his hate.