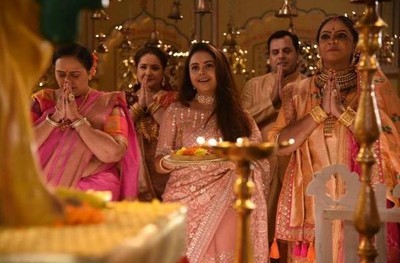 Loyal viewers will get to witness the old star cast along with new ones.

It is revealed that the old star cast will be part of the show for few episodes to take forward the legacy of Modi family.

Further Kokila and Gopi will play the vital role along with the leads Gehna and Anant.

Vishal Singh is roped in show to play the popular role of Jigar Modi.

Vishal Singh refuses to play his role for long run as he is busy with some other projects and also he has done this show for six long years.

The first episode picture is leaked where the Modi family elders accompany Gopi Bhau in the Aarti.

When Rasode Mein Kaun Tha to return back with Gehna Bahu not...