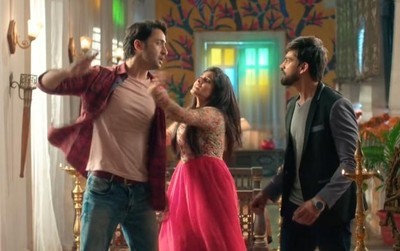 It was earlier seen that Mishti’s Godh Bharai does not go down well with Kuhu.

Kuhu starts making noise due to which her blood pressure level shoots up.

Doctor asks to take care of Kuhu where Mishti apologize before Kunal for being a bit careless and hurting Kuhu’s sentiments.

Kunal loses his cool where he scolds Mishti and refuses to trust her anymore.

Further Kunal also warns Abeer Mishti to stay away from Kuhu and he himself will take care of her.

Abeer feels guilty as the baby is giving much tension before the delivery and fear about the future story.