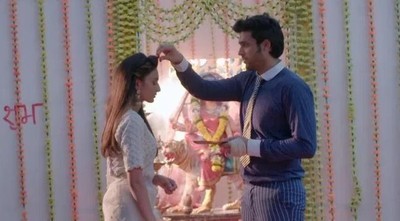 Anurag reveals about his murder plan where he planned to kill with Mr Bajaj’s safety.

Anurag also reveals that he planned this for Prerna and Sneha’s safety from Komolika.

Prerna initially refuses to believe everything but later accepts the truth mentioned by Anurag.

Where later Anurag fills Prerna’s hairline with sindoor and gets married to her once again.

On the other side Komolika has ordered her goons to kill both Anurag and Prerna.

Mohini tries to stop her but Komolika warns Mohini to get killed too just like Rajesh.

Kasauti Zindagi Ki 2: Anurag Prerna unite to get Samidha back from evil Komolika

Anupam's returns to unite his broken relationship with Nived...

KZK 2: Sneha’s past revelation finally Anurag Prerna to get their daughter back