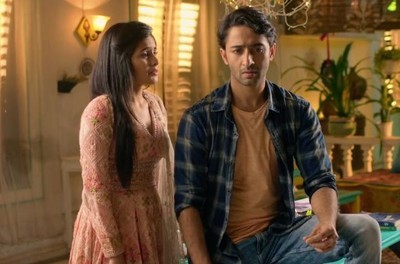 It was earlier seen that Kuhu has turned Abeer Mishti’s world upside down.

However Abeer suspect a foul play behind Meenakshi and Kuhu.

Abeer gets to overhear Meenakshi and Kuhu’s conversation about their deal.

Abeer thus confronts Meenakshi’s lawyer when he comes to know about Meenakshi Kuhu’s business deal for the baby.

Abeer exposes Meenakshi before Mishti where Mishti feels heartbroken hearing that their upcoming baby is just a business deal.

While Abeer and Mishti decides to bring this truth out before Kunal and make him learn about Kuhu’s move.