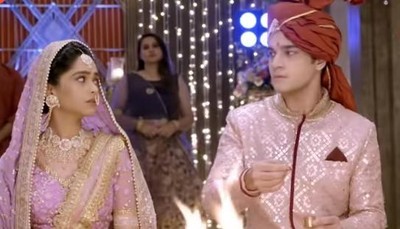 Rhea’s crime is exposed to one and all where Rhea feels extremely guilty for trying to kill her own sister.

Furthermore Ranbir comes to know about Rhea being the murderer and hence he confronts her.

Ranbir gets mad to see criminal Rhea who confronts her badly.

Adding more drama to the same Ranbir breaks Rhea’s heart and disowns her.

Ranbir is no more interested in Rhea and also breaks friendship ties with her.

Ranbir breaks all ties with Rhea and accepts Prachi for lifetime

On the other side Ranbir gets back to Prachi and confesses love for her.

Ranbir once again propose love for Prachi and waits for her reply.

Kumkum Bhagya: Rhea chooses Pragya and Prachi to say no to Aaliya's rubbish

Finally, Rhea to expose her murderer truth to her real mothe...