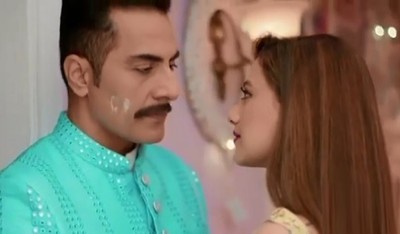 Hindi serial ‘Anupama’ is currently witnessing one of the most awaited track when Vanraj and Kavya’s extramarital affair will get exposed to Anupama.

The fear of losing family and respect in society has started to scare Vanraj to the core because one after another, Paritosh has learned about his affair with Kavya.

Vanraj planned to marry Kavya where he stayed confident to not let the secret come out and will also manage his two wives Anupama and Kavya together.

However, Vanraj’s dreams are now broken into tiny-tiny pieces because Nandini revealed everything to Paritosh.

Now when Vanraj is feeling ashamed as his son also learned his disgusting deeds,

Vanraj gives a final warning to Kavya which itself leaves Kavya stumbled.

Vanraj wants to go clean chit and thus he warns Kavya that if the truth comes out he will not spare her.

Vanraj and Kavya’s fight to intense big drama in Anupama

Next in Anupama, Vanraj will backstab Kavya because Vanraj wants to stay with Anupama and his family no matter how worse the situation gets.

Kavya is Vanraj’s girlfriend and will never get a right of the wife, this bitter reality has hit Kavya such hard that now there will be more drama in the show.

Let’s see how Vanraj’s such warning to Kavya will affect the storyline.

Anupama: Anupama (Rupali Ganguly) to slip in trauma on her w...