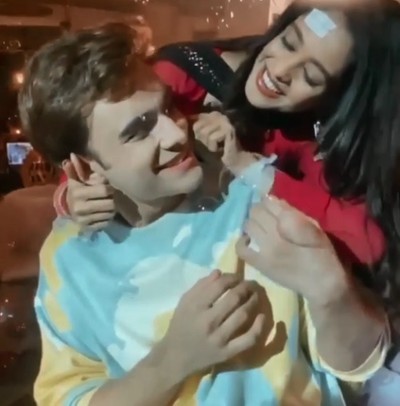 Abhi and Vikram fix Ranbir and Rhea’s wedding while Ranbir who thinks, Vikram has fixed his marriage with Prachi is on cloud nine.

Ranbir even informs Prachi that his family will soon bring a marriage alliance for their marriage.

Ranbir and Prachi both are super happy about their wedding.

However, the twist in the story is that Ranbir and Prachi are just dreaming of their marriage because the families have fixed Ranbir’s marriage alliance with Rhea, not Prachi.

The situation is now going to deteriorate further in the story when the truth will get revealed to both Prachi and Rhea.

How Ranbir will accept the reality that he is going to marry Rhea, not Prachi?

KumKum Bhagya: Wait is over as Abhi Pragya finally comes face to face

KumKum Bhagya: Wait is over as Abhi (Shabbir Ahluwalia) Prag...

Kumkum Bhagya: Finally Ranbir says I Love You to his Prachi with beautiful proposal

Kumkum Bhagya: Finally Ranbir says I Love You to his Prachi ...

Kumkum Bhagya: Rhea chooses Pragya and Prachi to say no to Aaliya's rubbish