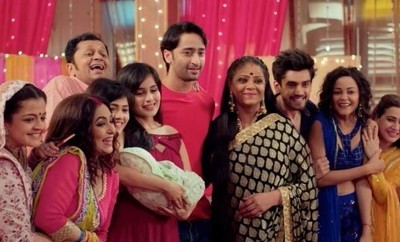 It was earlier seen that Meenakshi risks her life to save Abeer Mishti’s baby.

Abeer gets worried for Meenakshi ans rushes her to hospital.

Finally Abeer learns that Meenakshi has changed and gets concerned for her genuinely.

Meenakshi recovers fast where Abeer gives Meenakshi right to name their baby in the Naamkaran function.

Entire family is happy with the name Amish.

Furthermore Meenakshi apologize to Kuhu and Mishti too where she joins their bro team.

The show finally gets to witness happy ending with a happy family union.

At the end the show finally gives the message to loyal viewers that Yeh Rishtey Hai Pyaar Ke.

Hope the show returns back with the season 2 starring Abeer and Mishti and their family with Amish.