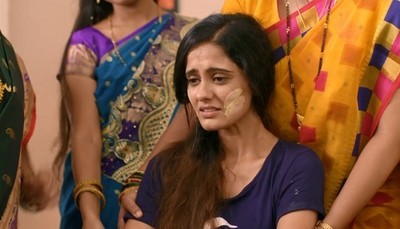 The upcoming twist of ‘Gum Hai Kisi Ke Pyaar Mein’ is going to bring lots of twists and turns in Virat-Sayi and Pakhi’s life.

Virat is shocked learning Pakhi aka Patralekha is his brother Samrat’s to-be wife.

Virat and Pakhi both are broken down in tears realizing how the misunderstandings got them separated from each other.

Meanwhile, Jagtap and his evil family are preparing for Jagtap and Sayi’s marriage.

Sayi’s forced haldi leaves Sayi heartbroken as she doesn’t want to marry the evil goon Jagtap while she is hoping for her Aaba.

Virat to take his life biggest decision in GHKKPM

Virat is stuck in a dilemmatic situation as he can’t ruin his happiness.

Pakhi, who passionately loves Virat wants Virat to say yes for her.

Let’s see what will be Virat’s final decision that will decide his future love.