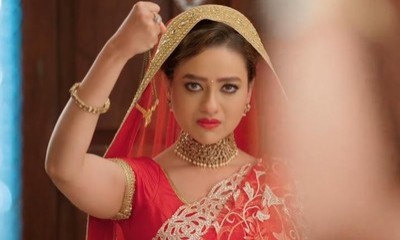 The upcoming episode of Star Plus serial Anupama will showcase interesting twist and turn.

It was earlier seen that Kavya waits for marriage Vanraj on the same day when Vanraj was going to marry Anupama.

However things falls in Anupama’s favour as she has strong support from Paritosh Nandini Devika and Sanjay.

On the other side Vanraj gets scared as he refuses to marry Kavya.

As Vanraj and Anupama being their wedding rituals he gets mental disorder where he witness Kavya everywhere with Mangalsutra.

Vanraj is very well aware of Kavya’s madness and gets scared if she comes home and expose their affair.

Some big drama is surely going to happen.

What will Kavya do?