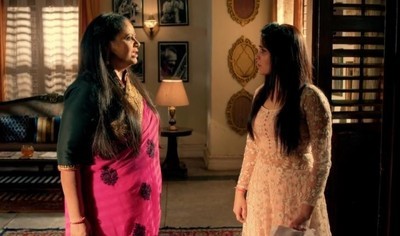 It was earlier seen that Meenkashi always tried to separate Abeer and Mishti.

However Abeer and Mishti managed to sort out all the things.

Finally Abeer and Mishti are happy with their new baby and Meenakshi is also with the heir of the family.

Meenakshi has lost her son Abeer forever but Meenakshi wants to rectify her mistake.

Abeer shocked to see Meenakshi in pool of blood

During the function some wooden stick was about to fall on Mishti.

Meenakshi witness the same and risks self life and saves Mishti.

Will Meenkashi die as she is in the pool of blood leaving Abeer shocked?

Keep tuned to know what happens next on the show.