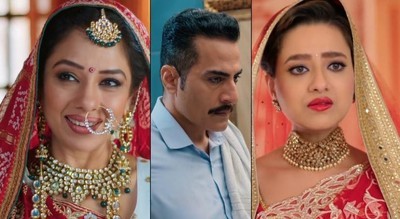 Star Plus serial Anupama is all set for the major turning point in show.

It was earlier seen that Paritosh comes to know about Vanraj Kavya’s affair.

Now Kavya is all set to marry Vanraj and so is Vanraj to marry his love Kavya.

Anupama is still unaware of what is running behind her back while most of them are aware of Vanraj Kavya affair.

Now in the future story of Anupama viewers will get to witness Vanraj messaging Kavya that he cannot make for their marriage.

Kavya refuses to accept her defeat.