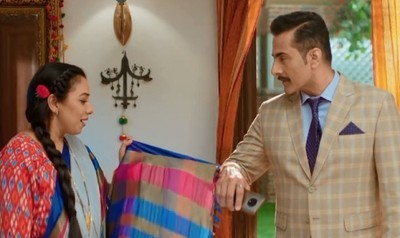 The upcoming episode of Anupama TV serial is going to witness a very serious track when Vanraj and Kavya are going to get married.

Vanraj has played his smartest game to fool Paritosh, who learned the truth.

Now when Paritosh, as usual, gets manipulated by Vanraj’s emotional blackmail, Paritosh agrees to stay silent over his and Kavya’s affair.

The situation is deteriorating because Vanraj is finally going to marry Kavya.

Next in Anupama, Vanraj and Kavya’s marriage will not happen because the destiny will itself turn hurdle in their secret marriage.

Much more drama is coming in Anupama storyline with Vanraj marrying his girlfriend Kavya and that cheating his wife Anupama.

Anupama who blindly trusts in her husband and their marital relationship will win this war of love.

However, what will happen then between Kavya and Vanraj is worth to watch.