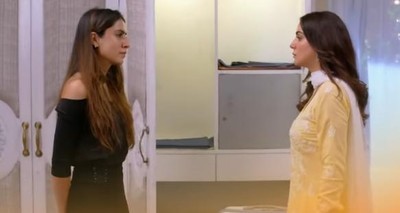 It was earlier seen that Rakhi finally takes stand for Karan and Preeta.

Rakhi comes to know that Mahira is the root of all the problems in Karan Preeta’s married life.

Mahira refuses to leave in her madness while Preeta warns Mahira.

Preeta and Karan pose as husband wife for seven births.

Preeta ready to marry Karan only in next seven births

Preeta also informs Mahira that no one can separate her from Karan.

Also Preeta highlights she will marry Karan in all her seven births as they are made for each other.

Kundali Bhagya: Preeta’s best revenge on Mahira past returning back to Karan

Kundali Bhagya: Past Prithvi, Pawan to snatch Preeta from Karan

Kundali Bhagya: Past Prithvi, Pawan to snatch Preeta from Ka...