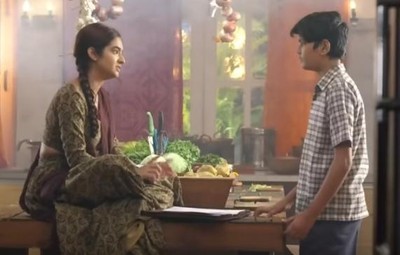 It was earlier seen that Ramo is behind bars.

Rani does not have enough money to bail him out.

Hence, Rani sold off her gold bangle to save Ramo.

However, she falls short of money and thus takes up servant job in Rajeshwari's palace.

Rani thinks she will work for sometime taking break from her studies of engineering.

While Pinku gives Rani reality check that once she joins Rajeshwari, she will become her slave.

Then there is no way out like Ramo, as he took worked for ten long years under Rajeshwari.

It would be fascinating to see how Rani frees up Ramo soon and get back to complete her studies.

Let's wait and watch for the upcoming twist in Apna Time Bhi Ayega.