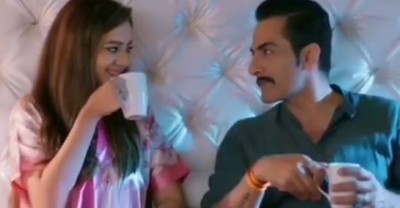 Anupama is rebelling against Vanraj and is trying to make him confess his affair before the family.

Vanraj also decides to reveal his affair truth to his family beforehand Anupama.

Unfortunately, Babuji suffers cardiac arrest and in the fit of shock, his health deteriorates badly.

Anupama who calls Vanraj faces a hard time as Vanraj doesn't pick her call as he is busy in his bedroom time with Kavya.

What will happen next in Anupama is hard enough for Anupama to face as Vanraj will hold Anupama responsible for Babuji's such state.

The upcoming story of Anupama is going to be more intriguing.

Vanraj and Kavya's shameless lies are going to put Anupama in a tough spot.

Anupama who doesn't want to reveal Vanraj's truth herself is left helpless while Vanraj and Kavya enjoy blaming her.

Let's see what Babuji will reveal after gaining conscious and if Vanraj Kavya will get a clean chit trapping Anupama.

Anupama: Anupama to save Bapuji's life Vanraj bow down and refuses to marry Kavya