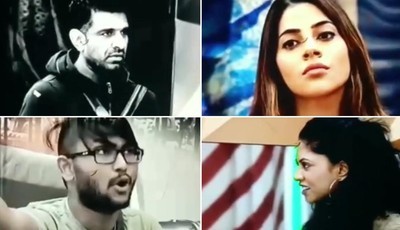 On the other side Kavita Kaushik and Eijaz Khan once again gets into big fight.

Kavita Kaushik argues with Eijaz Khan for using the kitchen for a long time.

Further when Eijaz gives it back to Kavita, she pushes him off using both her hands.

Eijaz gets furious where he also starts fighting with Kavita.

All housemates come to stop the fights.

Let's see who gets eliminated this week from the house.