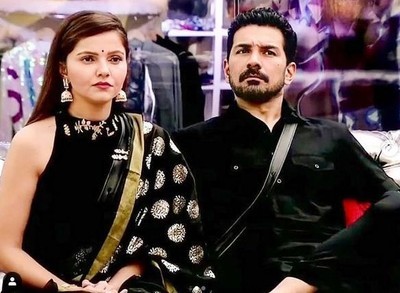 The upcoming episode of Colors popular serial Bigg Boss 14 will showcase interesting twist which is least expected from loayl viewers.

Earlier this week was seen that Shardul Pandit is in danger zone.

Further Jasmin Bhasin was asked to save Rubina Dilaik and in return pus Aly Goni in danger zone.

However, Aly Goni had made his entry in the house for the sake of Jasmin Bhasin.

Unfortunately Jasmin Bhasin refused to save Rubina and saved her BFF Aly Goni.

Sadly Rubina is nominated straight away.

Now as per the latest reports it is revealed that Rubina Dilaik will be eliminated this week.

This new turns shocking for everyone.

But there is more to this elimination.

Rubina Dilaik will be kept in a secret room to keep an eye on all the contestants.

Might be Bigg Boss wants Abhinav Shukla to open up more post his dear wife Rubina marks her exit and plays some exciting game.

Let's see what happens in the future story of Bigg Boss 14.