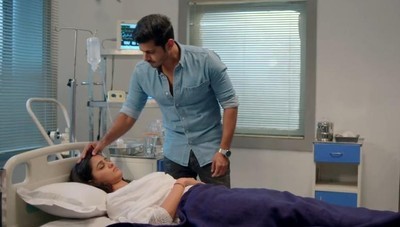 Earlier it was seen that Sayi commits suicide and hence Virat returned to save her life.

Furthermore Virat donates his blood to save Sayi's life.

Virat warns Sayi over the wrong step which made Kamal her aaba too upset.

When Sayi was fast asleep Virat check Sayi's hairline and coincidentally he applies blood in her hairline turning out to be her sindoor.

Virat and Sayi fially to marry as planned by destiny

Virat and Sayi gets married accidentally but this all is planned by destiny.

Further in the show viewers will get to witness Virat and Sayi's marriage twist.

Sayi will object but at the end she agrees for Kamal's last wish.