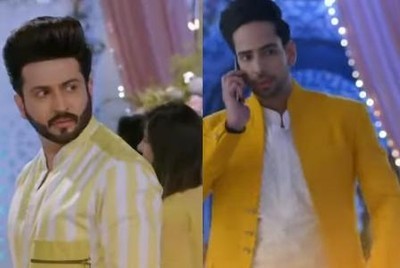 It was earlier seen that Preeta is trying to expose Akshay.

However, Akshay turns out to be an over smart one where he makes Preeta's plan backfire.

Further Akshay asks Kritika to stay away from Preeta to save their relation.

Sherlyn takes advantage of this situation, and she instigates Kritika against Preeta.

Sherlyn asks Kritka to save her relation with Akshay than Preeta.

On the other side Akshay gets call where he gets to know about Preeta getting some evidence.

Akshay in much tensed where Karan overhear his conversation and witness him.