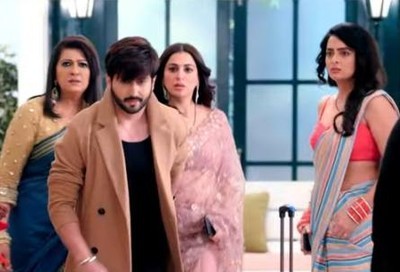 As per the latest promo Kareena kicks out Preeta from Luthra House.

Preeta tries to console Kareena and reveals that she is just trying to expose Akshay and not break Kritika's marriage.

While Kareen fumes in anger and pushes Preeta out.

Preeta happy to get support from Karan

Karan supports Preeta and gets her in the house stating that she is The Preeta Karan Luthra his wife.