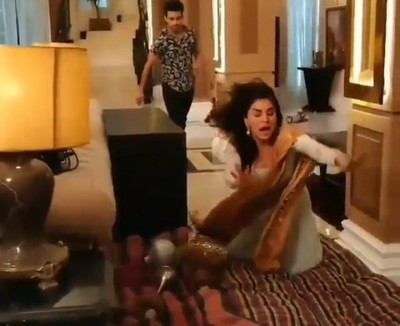 Preeta, Srishti and Samar are determined to expose Akshay.

Akshay and Kritika's wedding is on the head but Preeta's every attempt to expose Akshay is going in vain.

Further in the story, Preeta once again comes to meet Akshay.

Akshay has this time a big fat plan ready against Preeta.

It is earlier seen that how Preeta slaps Akshay when Akshay desires to marry Srishti and Kritika both.

Preeta is determined to not let Akshay ruin Kritika's life.

Akshay herein manipulates Preeta when Preeta is ready to get evidence against him.

Akshay and Preeta have a face-off where situation deteriorates against Preeta when Akshay traps her.

Akshay molests Preeta and pushes her on the ground when Preeta also loses the fight.

How will Preeta escape Akshay's trap and how will she expose his nasty deeds to save Kritika,