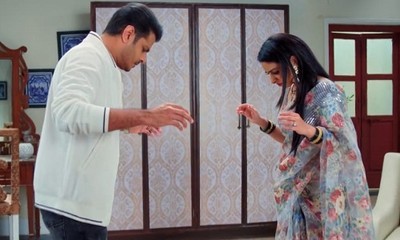 Virat and Sayi are right now on bitter terms.

Pakhi is adding fuel in their fights to get hold of Virat.

However, not every time her planning and plotting succeeds because Virat knows his relation with Pakhi.

Further, when Pakhi brings food for angry Virat and tries to feed him with her hands, angry Virat jerks her off.

In the argument, Virat breaks the plate and also bursts at Pakhi for insisting on him.

The argument gets heated between Virat and Pakhi when Pakhi again brings Sayi.

Not only this, but Pakhi also taunts that he is always supporting Sayi then how his one-day effort to stop her will succeed.

Virat confesses that he didn't support Sayi but he always supported the right.

Virat and Pakhi's fight of words turns into an ugly argument the moment Virat takes Sayi's side and questions Pakhi for doing PhD in taunting.

Virat even questions Pakhi for always cursing Sayi and always keep insulting her.

Virat to make his decision

So, Virat very well knows his limit and his relationship with Sayi and Pakhi.

Check out the new updates at SERIALGOSSIP.COM and know what will be Virat's next move and how it will affect his relationship with Sayi and Pakhi.