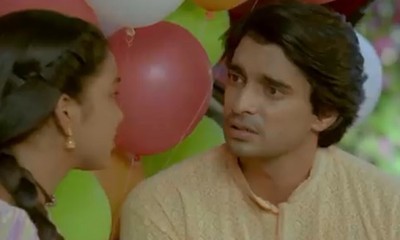 Star Plus top TV show Imlie is all set to see an intriguing story of Aditya and Imlie's love.

Aditya and Imlie face a terrific situation when the astrologer reveals two marriages in Aditya's life.

Aditya somehow manages the situation but inside he is badly affected by the truth realization.

In the coming episodes, Aditya proposes his love to Imlie.

Aditya finally speaks up his heart before Imlie and confesses his feelings to her.

However, Imlie denies accepting Aditya's feelings because she doesn't want to hurt Malini.

Apparently, Aditya doesn't get convinced because he is guilty of hurting both Imlie and Malini and thus wants to end all the confusion.

So, ahead in the story, Aditya chooses Imlie as his wife and decides to confess the reality to Malini and the family.

Now, this is getting intensified to watch what will happen next in the show.

Imlie: Love in the air Aditya sneaks into Imlie's bedroom

Imlie: Aditya proposes love to Imlie in a unique style The ...

Imlie: Aditya blackmails Imlie to come or he will leave Malini

Imlie: Aditya blackmails Imlie to come or he will leave Mali...

Imlie: Anu poisons Malini's mind against Aditya and Imlie I...

Imlie: Aditya takes a dig at Prakash for Imlie

Imlie: Aditya takes a dig at Prakash for Imlie The loving T...