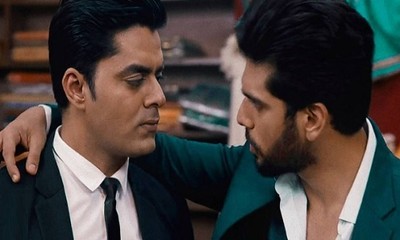 In the intriguing story of love and revenge, Mehndi Hai Rachne Wali is seeing Raghav and Pallavi's cold war.

Interestingly, Keerti is Pallavi's model and this has pissed off Raghav.

After the major confrontation, things become normal between Raghav and Pallavi.

However, this peace doesn't last for long because soon Keerti and Amma get arrested and here Raghav accuses Pallavi.

Raghav totally turns bonehead to blame Pallavi for being the reason for his Amma and Keerti's insult.

Let's see how Raghav and Pallavi's misunderstandings will lead to their marriage,