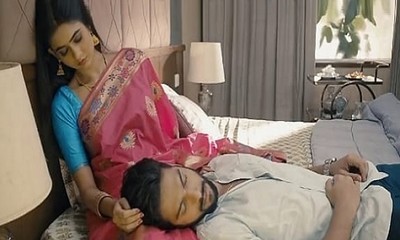 Pallavi mixes loads of chili in Raghav’s food to teach him a good lesson but situation deteriorates as he gets allergic attack.

While Raghav goes to continue his work after getting fine, Pallavi pulls him and pats his head in her lap to make him sleep.

Raghav gets stunned and questions ‘Saree Ka Dukan’ for taking him as a kid while Pallavi scolds him and caresses his head.

As Pallavi babysits Raghav, the latter feel blessed while Pallavi blushes taking care of him.

Next in, Pallavi gets a big business deal because of Raghav's help and feels thankful to him.

Thus, Pallavi purchases a lovely flower bouquet for Raghav to thank him.

While Raghav and Pallavi are coming closer in love, will everything become well between them or the villains will create some misunderstandings again?