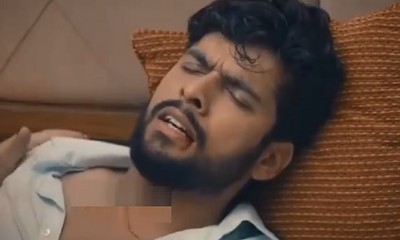 In the upcoming episode of the Star Plus TV serial, Mehndi Hai Rachne Wali will see Raghav's life in danger.

Pallavi thinks to teach Raghav a good lesson when she prepares Maha Thali for Raghav.

As Pallavi cooked the recipe especially for Raghav, Pallavi adds lots of spice to it.

While Farhad likes the food, Pallavi feeds the food to Raghav from her hands.

Though Raghav loves Pallavi and always searches for opportunities to get closer to her, he lovingly eats from Pallavi's hand.

Pallavi gets confused thinking why Raghav is not reacting while poor Raghav holds back his tears and calmly eats everything only for Pallavi's love.

However, who knew that Raghav is allergic to chilly and after eating the food, he gets a lethal allergic attack.

Raghav starts losing his breathe when Amma reveals to Pallavi about Raghav's allergy.

Pallavi gets shocked to the core seeing Raghav spitting out blood from his mouth.

While Raghav risked his life eating poisonous food from Pallav's hand, will this time she will realize his true love for her is worth watching next in Mehndi Hai Rachne Wali.

Stay tuned to know the next update.