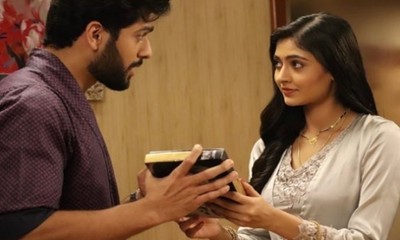 In the upcoming episode of Mehndi Hai Rachne Wali, a major twist is going to ginger up Raghav and Pallavi life

So far we have seen that how Raghav and Pallavi have started to come closer in love.

At the same time, Raghav has started to mend Pallavi and Deshmukh's broken relationship.

However, not everything is going to come in Pallavi and Raghav's favor because soon Raghav's ex-flame is going to mark jer villainous entry in their lives.

Raghav holds a bitter past with his ex girlfriend.

Now when Raghav has started to find a true soulmate in Pallavi, things are going to get changed in a drastic way.

How Raghav and Pallavi's marital relationship will face the new storm when Raghav's rx girlfriend has entered to take her revenge?

Stay tuned with us to know what big twist is coming up next in the show.