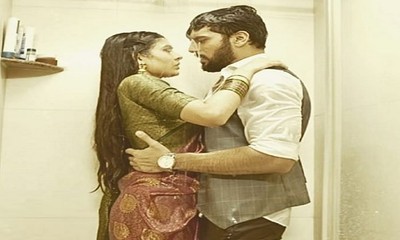 An intense romance is coming up next in the upcoming episode of Mehndi Hai Rachne Wali.

Raghav faces an emotional breakdown after Vijay blames him for trapping him in the theft case.

Raghav returns home drunkard and ruins the cake which Pallavi baked for him with love to thank him for the deal.

Poor Raghav cries bitterly when Pallavi pushes him under the shower to vanish his hangover.

However, Pallavi's this step gives an opportunity to Raghav when Raghav pulls Pallavi, grabs her hand, and then holds her waist pulling her closer to him under the shower.

Raghav and Pallavi's shower romance brings their romance at its peak.

In the meanwhile, when Raghav comes back to his consciousness, Raghav gifts a loving surprise to Pallavi.

How Raghav's gift will make Pallavi fall more for him is worth watching next in Mehndi Hai Rachne Wali.