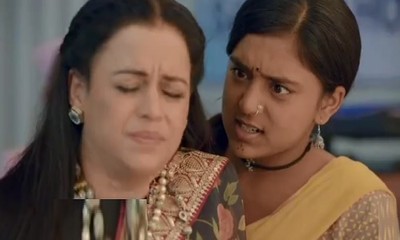 Star Plus TV serial Imlie is gearing up for hospital drama in the upcoming episode.

Dev suffers from heart attack when the Tripathis rush him to the hospital.

Though Anu knows Dev and Imlie's relationship, she bursts out her anger seeing Imlie and blames her for his critical state.

Imlie finally takes a strong stand for her self-respect.

However, suddenly out of the blue, Imlie turns new negative when she twists Anu's hand and shows her real place to her.

While Malini and Aditya defend Imlie against Anu's cursing words, Imlie's befitting reply to Anu has made everyone wonder if Imlie is not the one that she is showing.

What new twists and turns are coming up next in Imlie TV serial,

Imlie: Anu’s change of heart to unite Imlie with Aditya

Imlie: Anu’s change of heart to unite Imlie with Adity...

Imlie: Time for Imlie to get her sindoor and real father

Imlie: Time for Imlie to get her sindoor and real father Th...