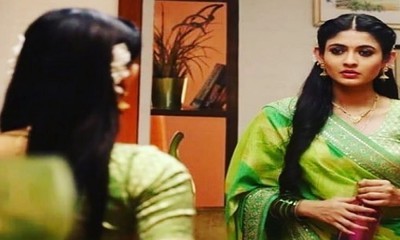 As per the current track, Raghav and Pallavi are coming closer in love.

At the same time when Vijay gets caught with the necklace, Amma alongside Vijay believes that Raghav plotted this conspiracy.

Raghav drunks badly and vents out his frustration which hurts Pallavi.

Thus, the next day Pallavi takes Raghav to the Deshmukh family only to take a big step.

The family stands stunned to the core when for the first time Pallavi defends Raghav.

Pallavi has started to fall in love with Raghav and that's the reason she trusts in him and believes in his innocence.

Raghav gets overwhelmed when Pallavi supports him against everyone's blame game.

Let's see how soon Raghav will find the real mastermind who trapped him and Vijay.