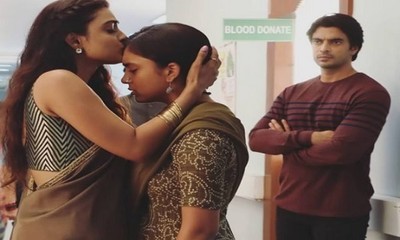 Aditya and Imlie's marital life in the upcoming episode of Imlie TV serial will see some major twists and turns ahead.

The duos get suspicious of Malini's life but when Kunal bursts into laughter, they understand his joke.

Malini introduces Kunal as her love life when Aditya takes a sigh of relief that finally, he can announce Imlie as his wife.

However, here is a twist because Imlie's love for Malini is going to put Aditya and Imlie's marriage at stake.

When Aditya tells Imlie that he is going to reveal their truth, Imlie stops Aditya and this pisses him off.

Aditya gets irritated with Imlie's over concern for Malini and wants her to take the final decision.

Will Imlie think of Malii's happiness or she will choose Aditya's happiness?

To know more, make sure to check out the next new update.

Imlie: Dev pleaded forth Imlie to call him Baba dejected by Malini