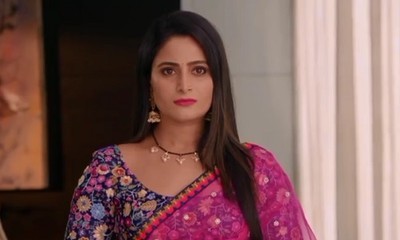 One of the finest TV series 'Ghum Hai Kisi Ke Pyaar Mein' is leaving no stone unturned to intrigue the storyline.

Pakhi is once again ready to hatch her evil plan against Virat and Sayi’s intimacy.

Further, when her parents announce their wedding anniversary, they ask her to invite the Chavan Family.

Pakhi plays her mind game by inviting the entire family except for Sayi.

The real agenda and intent of Pakhi behind inviting Virat without Sayi is none other than a honey trap for Virat.

However, Virat and Sayi’s love is also stronger like never before.

So, does this mean, Pakhi’s plan to lure Virat into the party fails or she will succeed?

GHKKPM: Virat raises eyebrow at Pakhi for not inviting Sayi

GHKKPM: Pakhi gets slap in face for filing Mental Harassment Case on Sayi