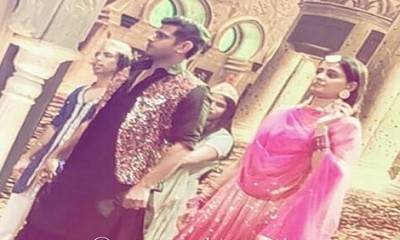 Further, when Sayi tells him about her college function, Virat thinks to follow her as he can’t risk seeing her with other men.

Thus, Virat demands to participate in Sayi’s college function and this bursts Sayi into laughter.

However, Virat isn’t ready to accept his defeat and thus he makes his mesmerizing entry in the function to surprise Sayi.

Here Serial Gossip is bringing you the exclusive new looks of Virat and Sayi for the college function.

Sayi is going to get really surprised with Virat’s entry into the college function.

So how romantic their lovey-dovey chemistry in the college will kindle,