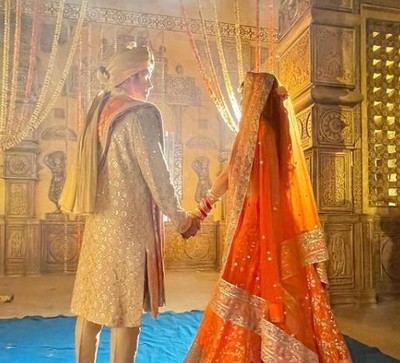 It was earlier seen that Reema gets disowned by Aarav and her own family members.

Reema thus finds hope only with Vivaan where she shares her sad sobbing story.

Vivaan melts seeing crying Reema where she tries to grab his attention in her life.

Reema wants to get Vivaan in her life by hook or by crook and hence she messages Vivaan to marry her so that she gets stable roof on her head.

Vivaan gets trapped where he is all set to marry Reema.

Vivaan and Reema's this marriage is all set to bring major storm in Oswal family.