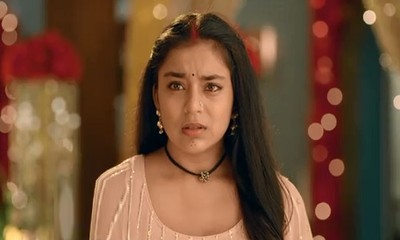 Star Plus TV serial Imlie is about to see another drastic storm hitting Aditya and Imlie harder.

It is seen that how Aparna and the Tripathis show their annoyance over Aditya and Imlie's marital relationship.

No one understands their circumstances but instead blames Imlie for everything.

Moreover, Aparna insults Imlie and puts a question mark on her character.

Imlie's character assassination isn't enough to hurt her and Aditya that Aparna then makes a shocking declaration which completely jitters both of them.

Aditya and Imlie in a huge mess

Poor Aditya and Imlie fall into a huge mess as Aparna declares their legal separation because she doesn't accept their marriage.

While Aditya isn't ready to leave Imlie and the same with her,

Will they rebel against Aparna and the Tripathi family?

Imlie: Malini full of oneself snatches Aditya from Imlie

Imlie: Malini full of oneself snatches Aditya from Imlie St...

Imlie: Malini gets Aditya Imlie on the rocks The upcoming e...