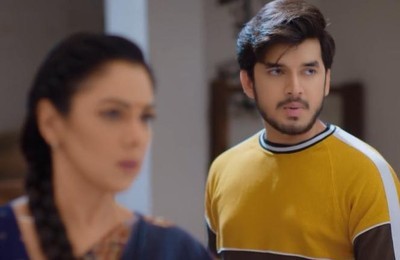 Anupama is Star Plus popular and trending serial in the first position with Vanraj and Anupama the most admired couple on screen in the lead role.

Anupama is not going to tolerate food and money wastage where she values both a lot and she wants Pakhi to value the same.

However Vanraj and Kavya takes it easy and finds its not a big deal to waste little money and food and boasts her confidence.

Spoilt brat Pakhi takes advantage where she refuses to apologize and eat the leftover food.

Where Anupama asks Kavya to pay the bill and tip Vanraj too who is her husband.

Pakhi thus rushes to her room and gets some collected cash and slaps on Vanraj's face.

Pakhi pays half of the money and promises to give the rest later.

It would be interesting to see what happens next in Star Plus Anupama.

Anupama: Rakhi pulls the string to force Paritosh In the up...