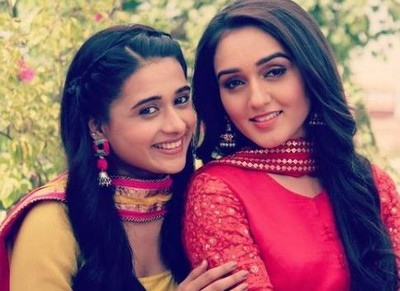 It was earlier seen that Reema married Vivaan against everyone and left the entire Oswal family shocked to the core.

Vivaan has also fallen in love with Reema where he is ready to do anything for her.

Aarav is aware of Reema's dirty intentions and wants to save him from the mess but in vain.

On the other side Geetanjali Devi agrees to accept Reema as Vivaan's wife as he blackmails her.

Geetanjali Devi to spice up Simar and Reema's life

Geetanjali thus calls Simar to start preparing for the post marriage rituals of Vivaan and Reema.

To spice up the drama Geetanjali makes Simar aware that she is Jethani and Reema is the Devrani.

Sasural Simar Ka 2: Gagan-Aditi in love get new challenge to...