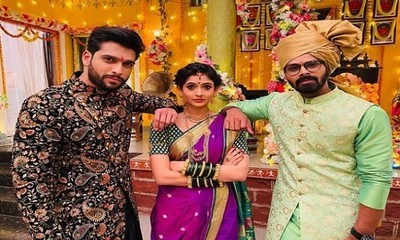 In the upcoming twist of Star Plus serial Mehndi Hai Rachne Wali, a lot is going to happen in Raghav and Pallavi's love life.

Mandar is trying every possible trick to create rifts between Raghav and Pallavi.

Just when Raghav and Pallavi attend Deshmukh's pooja, Mandar plays his dirty trick to get closer to Pallavi.

The scenario only worsens because suddenly Pallavi feels dizzy and thereby ends up fainting.

As soon as Pallavi faints, both Mandar and Raghav recklessly run to save her but the one who holds Pallavi in arms is Mandar, not Raghav.

Raghav gets super pissed off seeing Pallavi in Mandar's arms.

While Pallavi fails to gain back her consciousness, the situation worsens as Raghav fails to digest Mandar and Pallavi's intimacy.

It would be highly intensified to watch what will happen next in the show.