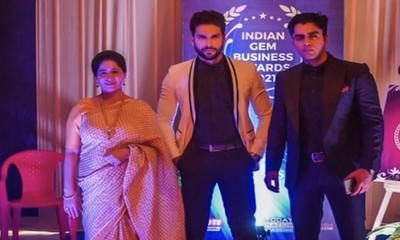 Raghav is nominated for the businessman of the year award and thus Farhad, Amma, and Pallavi attend the award ceremony to cheer him.

While Mandar is keeping his eye on Pallavi and Raghav’s relationship,

Mandar is once again going to create issues between them.

Pallavi and Raghav’s love at stake

Raghav and Pallavi both dress up in black wherein Pallavi in sheer black saree tempts Raghav.

Here we have also posted Raghav, Farhad, and Amma’s exclusive looks from the award function.

However, Mandar isn’t ready to let Raghav enjoy this function with comfort.

So, how he will again trouble Raghav and Pallavi’s love life and ruin Raghav’s big day is worth watching.