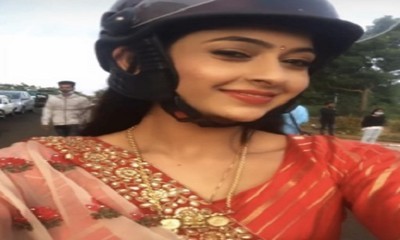 Mandar is having his evil eye on Pallavi and Raghav's marital relationship.

While Raghav doubts his intentions, Pallavi doesn't have any clue of his evil side.

Thus, Mandar takes advantage of this and there he climbs up on the terrace railing to commit suicide.

The Deshmukhs quickly call Pallavi and she recklessly runs to stop Mandar when this leads to a rift between Raghav and Pallavi.

Pallavi gets in her old avatar and rides scooty to reach Deshmukh's house as soon as possible.

Mandar plays his mind game and blackmails Pallavi to accept him or he will die.

While Raghav gets pissed off at Pallavi's such step,