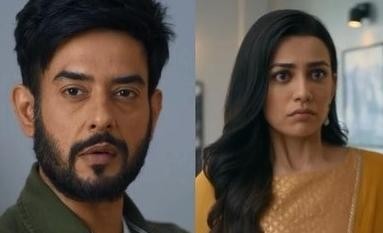 Exclusive update by Serialgossip.com on an upcoming episode of Star Plus popular serial Zindagi Mere Ghar Aana which will showcase an interesting twist and turn.

It was earlier seen that Amrita gets a negative vibe seeing Pritam always as she feels he a wrong person and might cause some problem to her family.

In real Pritam is a good guy with strong personality who is behind a drug racket and wants to expose them and catch the culprit who is doing this illegal business.

Pritam again and again comes in front of Amrita where he does not want to harm her.

This time Pritam gets shot and he falls on the car where Amrita witnesses him injured and runs to help him.

Amrita and Pritam come face to face again and again

Will Pritam turn out to be Amrita's new better half?