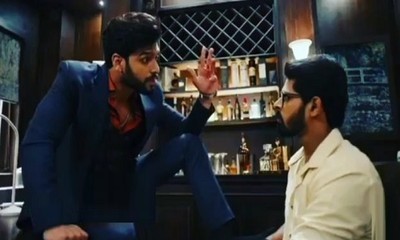 The popular TV show Mehndi Hai Rachne Wali is up for one of the most intriguing confrontations between Raghav and Mandar which you shouldn’t miss.

Raghav and Pallavi are finally aware of Mandar’s evilness and how disgustingly he tried to kill Aayi to hide his secret.

While Pallavi stays back at Deshmukh's house, here Raghav takes Mandar on the radar.

Raghav confronts Mandar and gives him an open challenge that will expose him and will close his chapter forever from Pallavi’s life.

While Raghav means it, Mandar gets shaken to the core as he realizes that Raghav is really up to something big.

Mandar to fall into the trap

Here Pallavi also plays with Mandar as she questions his trust in her.

Mandar agrees to let Pallavi go to the parlor and this is where Pallavi meets Raghav for their next plan.

Let’s see what big drama is coming up next and how Raghav Pallavi will close Mandar’s chapter.