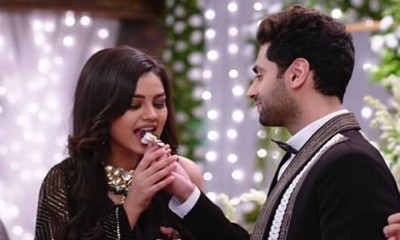 The beautiful love story of Daksh and Purvi aka Dhwani is getting everyone’s attention in Colors Hindi TV serial Molkki.

As per the recent storyline, Purvi lost her memory and is living as Dhwani with Daksh and his elder sister Chandni.

The intriguing twist is that Daksh’s Dadi is returning back to India and she wants Daksh married.

Thus, Chandni gives him an idea to make Dhwani (Purvi) as his fiancée until Dadi stays with them and this brings a twist.

Amid Daksh’s birthday bash, Daksh decides to announce Dhwani as his fiancée.

While Dhwani aka Purvi has still to agree to Daksh,

How interesting this love drama will get when Daksh will make this big announcement while Virendra in present in the party?