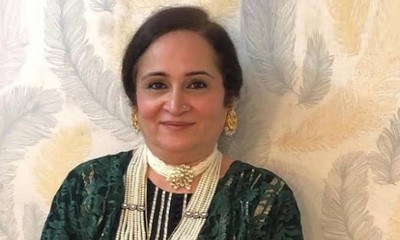 Colors Hindi TV serial Molkki is soon going to witness an intriguing entry in the storyline and that is of actress Meenakshi Sethi.

Meenakshi Sethi was recently seen in the Colors TV serial Ishq Mein Marjawan 2 in the character role of Dadi.

Here in Molkki also, she is playing the character role of Dadi, Daksh’s grandmother.

Daksh, Chandni, and Dhwani are preparing for her comeback to India after a long time.

Meanwhile, her entry is going to spice up Dhwani and Daksh's life.

Interestingly, Dadi wants Daksh to get married and thus Daksh asked Dhwani (Purvi) to become his fiancée for the time being.

While Dadi is adamant about getting Daksh married,

Will she get Daksh and Purvi married?

If yes, then what will happen to Virendra and Purvi’s love story?