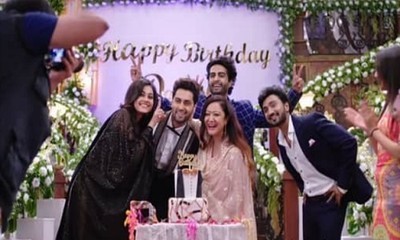 Colors Hindi TV serial Molkki is witnessing major ups and downs in Purvi and Virendra’s life after Purvi lost her memory while Virendra thinks that she is dead.

Purvi aka Dhwani lives with Chandni and Daksh wherein Daksh wants to make her his fiancée to trick Dadi.

And this soon brings a twist when Dadi returns to India and announces Daksh and Dhwani’s wedding.

Thanks to Lord that Virendra is Daksh’s business partner and thus he is closer to Purvi.

After so many hits and misses, Virendra is finally going to meet Purvi,

However, will he be able to stop Daksh and Purvi’s wedding?

It would be interesting to watch what will happen next in the show post Daksh's birthday party, and the wedding announcement.

Read the new updates at SerialGossip.com to know more.