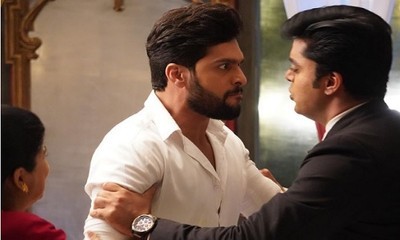 Here we have posted his latest glimpse from the upcoming sequence and we can’t stop adoring his angry man avatar.

Just when Raghav and Pallavi begin to dig evidence against Mandar, new trouble comes before Raghav.

And this is where he turns angry man to solve the major mystery that is related to Mandar again.

Raghav is super adamant to close Mandar's chapter at any cost before it gets too late.

While Pallavi and Raghav both are working together against him.

How they will defeat Mandar is worth watching next in the show.

Till then stay tuned with SerialGossip.com for more updates and the latest news.