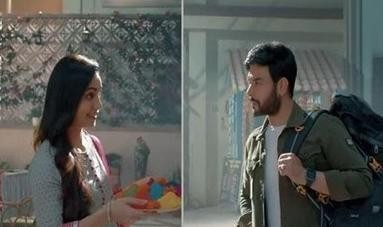 It was earlier seen that Pritam marks his entry in Shakuja family to stay as their new tenant.

Amrita is much restless to see Pritam all the time as she has always seen in doing wrong and illegal work.

In real Pritam is serving the nation but the way he portrays himself makes him look like a criminal.

Amrita always gets some vibe when she sees Pritam.

Now when Pritam makes his entry in Shakuja house he makes eye contact with Amrita.

Both Pritam and Amrita gaze at each other.

Or has Pritam marks his entry to harm the Shajuka family members?